DENVER, CO – February 27, 2009 – (RealEstateRama) — The City of Denver and Enterprise Community Partners were named today to receive $2.25 million in funding by the John D. and Catherine T. MacArthur Foundation to support affordable housing rental preservation for Denver families near mass transit. The funding invests into the City’s soon to be established Denver Transit-Oriented Development (TOD) Fund, which is targeting to preserve and create at least 1,200 units of affordable for sale and rental housing along Denver mass transit corridors over a ten-year period. As the Denver metropolitan area undergoes what is considered to be the largest expansion in the nation of a transit system, this new MacArthur Foundation investment will help preserve and create affordable housing within one half mile of rail service and a quarter mile from frequent bus routes.

“We are extremely grateful to the MacArthur Foundation for this funding.” said Denver Mayor John Hickenlooper. “It will help us ensure that Denver residents of all income levels have access to affordable housing near mass transit. This creates critical economic opportunities for our workforce.”

The MacArthur Foundation funding includes a $250,000 grant to the City and County of Denver and $2 million in low-interest loans to Enterprise Community Partners to capitalize the Denver TOD Fund.

The TOD Fund seeks to preserve and expand housing options located within one half mile of existing and new rail service, and a quarter mile from frequent bus routes. Principal partners and investors of the fund are the City of Denver, Enterprise Community Partners and the Urban Land Conservancy (ULC).

Enterprise will serve as fund manager, responsible for managing and servicing the fund and identifying all sources of funding to capitalize the fund. The MacArthur Foundation funding has leveraged additional private investment, with the fund totaling $15 million in pledged investments. Investors include US Bank, Wells Fargo, Colorado Housing and Finance Authority, Rose Community Foundation and the Mile High Community Loan Fund.

“We believe the TOD Fund will fill an important gap in the housing finance system by providing developers with a new tool to preserve and create affordable housing along transit corridors.”

Currently, ULC is expected to be the sole borrower of the fund and will be responsible for property acquisition and establishing partnerships with local partners for site redevelopment. ULC will target three types of properties: existing federally-assisted rental properties; unsubsidized rental properties that are currently affordable for 60 percent area median income population; and vacant or commercial properties with desirable locations for the development of new affordable housing.

“As the initial investor to the TOD Fund with $1 million, and the organization responsible for purchasing and preserving these critical affordable housing opportunities, we at the Urban Land Conservancy are very appreciative of MacArthur’s support to the City of Denver and Enterprise,” said ULC President and CEO Aaron Miripol. “We’re providing a means for our community’s nonprofit and for-profit affordable housing developers to acquire and retain property until the timing is optimum for economic redevelopment through the expansion of affordable housing.”

The TOD Fund will enable the ULC to hold properties for up to five years, providing maximum flexibility to secure long-term subsidies to preserve existing rental housing. ULC plans to increase density on many sites by adding affordable housing and commercial development.

As the architect of the TOD Fund, the City will work with its partners to ensure that fund projects are consistent with Denver housing goals and policies. The $250,000 grant enables the City to create a database to track preservation opportunities and analyze local real estate markets to ensure that reasonable prices are paid for property acquisitions.

The City is investing $2.5 million into the fund, with $2 million of these funds originating from the City’s Xcel Energy franchise fee revenues designated to be used for energy efficiency projects for low-income households. The remaining $500,000 originates from the Denver Office of Economic Development Business Incentive Fund.

“We’re creating a national model of linking housing with transit options, ultimately resulting in wealth creation for all of our residents,” said André Pettigrew, executive director of the Denver Office of Economic Development (OED). “It takes many moving parts in order to pull off this effort. It certainly would not be possible to this degree without the foundation funding and the strong cooperative approach of our many partners throughout the community.”

As the administrator of the City’s affordable housing approach, OED will serve as the lead agency representing the City on the fund. The Denver Office of Strategic Partnerships (DOSP) played a lead role in managing the City financing for the fund and in initiating the application requests. Joining OED and DOSP to work on this effort are the Department of Community Planning and Development and Denver Human Services–Denver’s Road Home, the Mayor’s Ten-Year Plan to End Homelessness.

“The Denver Office of Strategic Partnerships is tremendously excited to have had the opportunity to convene and work with our partners to make this project happen,” said Mike Roque, director of the Denver Office of Strategic Partnerships. “As an office created by the Mayor to be a bridge between the City and the nonprofit sector, bringing together these kinds of collaborative efforts to better position Denver to draw down national resources is a major goal. We are thrilled to be able to contribute funding and other resources to ensure that Denver preserves affordable housing and does it in a way that’s energy efficient and environmentally friendly. We look forward to our partnership with the MacArthur Foundation and are honored to be selected.”

Denver was one of just two cities selected for the MacArthur Foundation funding and joins 10 states in receiving support totaling $32.5 million. The recipients are launching innovative projects to preserve more than 70,000 affordable rental homes nationwide. MacArthur’s investment – $9.5 million in grants and an additional $23 million in low-interest loans – will help all levels of government coordinate their efforts and target places most in need of intervention, track the state of rental housing, preserve affordable homes in communities with good access to schools, transit and other amenities and leverage more than $147 million in other funding. State and local governments in 40 states competed for MacArthur’s support, indicating broad, national interest in preserving affordable rental housing.

“Denver’s forward-looking approach, which ensures that communities served by mass transit will remain affordable for people of modest means, can become a national model for other cities across the country,” said MacArthur President Jonathan Fanton.

MacArthur’s support for these projects is a part of the Foundation’s Window of Opportunity initiative, a $150 million, 10-year effort to preserve affordable rental homes across the nation. By investing in public sector efforts such as these, the Foundation hopes to help create a wave of policy reform in cities and states that will make it possible to double the rate of preservation in a decade—to one million units.

The Denver Office of Strategic Partnerships (DOSP) was created by Mayor John Hickenlooper five years ago as part of his commitment to working with Denver’s nonprofit sector. DOSP is the connecting bridge between the City and its nonprofit and philanthropic organizations. The mission of the DOSP is to support Denver’s nonprofits, empowering them to improve the Metro area and everyone’s quality of life. We build innovative partnerships between the City, nonprofits, foundations and corporations in order to strengthen nonprofit capabilities, and ultimately, enhance how well Denver serves its residents.

Enterprise Community Partners is a leading provider of the development capital and expertise it takes to create decent, affordable homes and rebuild communities. For 25 years, Enterprise has pioneered neighborhood solutions through public-private partnerships with financial institutions, governments, community organizations and others that share its vision. Enterprise has raised and invested $7 billion in equity, grants and loans and is currently investing in communities at a rate of $1 billion a year.

The Urban Land Conservancy (ULC), a supporting nonprofit organization to the Denver Foundation, purchases, preserves and develops urban real estate as a tool to benefit the metro Denver community. To date the ULC has purchased six properties in partnership with local nonprofits, preserving over 100 affordable apartments, two schools and facility space for five community organizations. Total ULC real estate investment in Denver is over $15 million. In 2008, 130 jobs were supported by ULC properties that served over 4,000 people. For more information, visit www.urbanlandc.org. 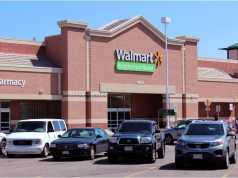 Notice of Intent Filed to Sue Over Chronic Water Pollution From...

Trump Administration Officials Participate in Panel on Federal Collaboration at the...